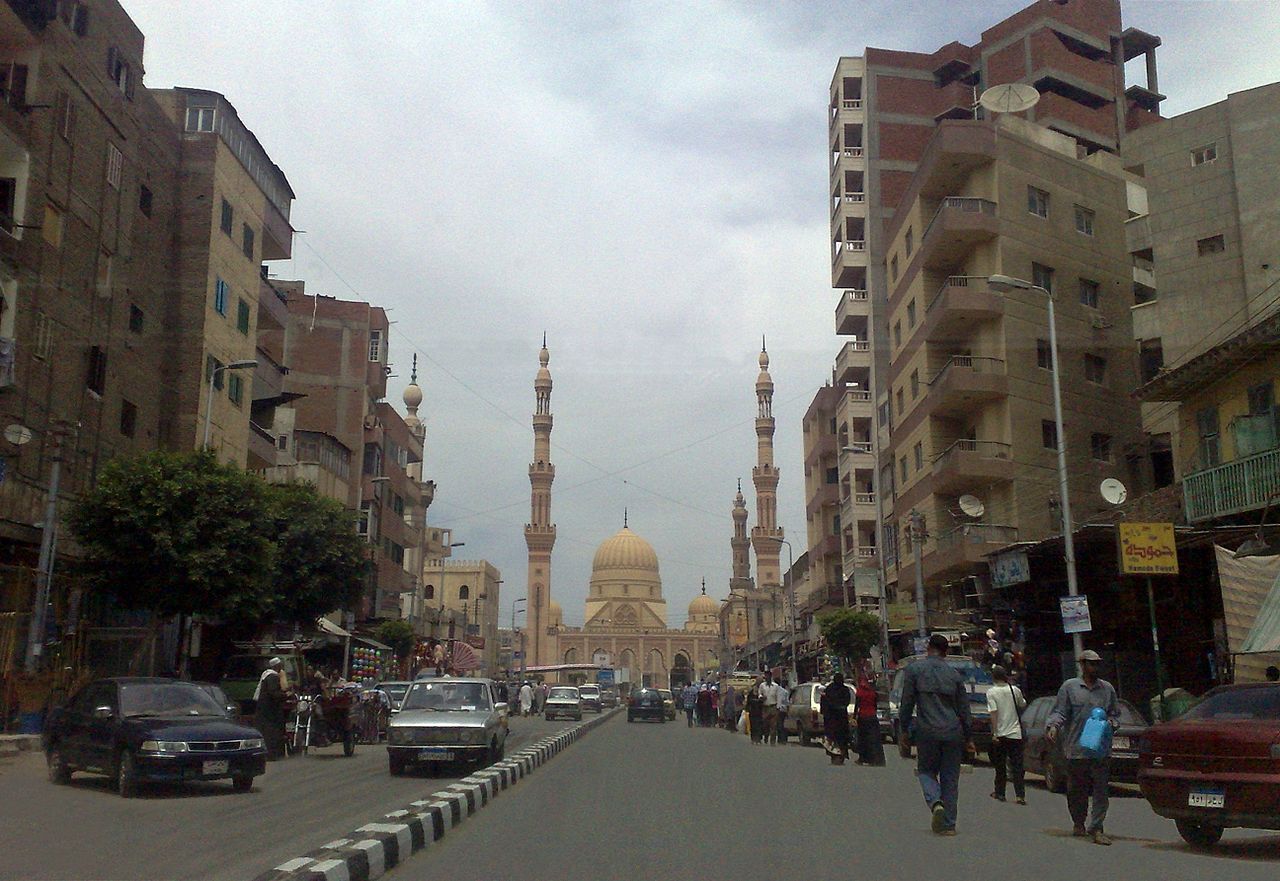 One of the five largest cities in Egypt, So much, is the perfect starting point for exploring the Central Delta. One of the most famous moguls takes place there.
Trains run from Alexandria from early morning until late at night (ok. 2 at) and taxis. Tanta has equally good connections with Cairo (1 at. 30 min), Damietta or Al-Mansura.
Fr. 94 km north of Cairo i 130 km southeast of Alexandria, Tanta is the capital of the province of Al-Gharbijja (from 1836 r.) and the center of the textile industry, grocery, tobacco, textile and refining. He lives in it 450 thousand. people (2005). From 1972 r. it houses a university and a medical school, belonging to the University of Alexandria, and from 1769 r. also a branch of Cairo Al-Azhar University. From 1276 r. there is a Muslim university operating here, Tanta Institute.
There is also one of the residences of the Metropolitan of the Coptic Church in the village (from 1895 r.) and the archaeological museum.
At the end of the cotton harvest, a great festival takes place here in the last days of October (mulid) ku czci Sajida Ahmada al-Badawiego. The celebrations focus at the mosque and mausoleum of Ahmad al-Badawi in Fez, Morocco (1199), founder of one of the largest Sufi brotherhoods in Egypt. W 1234 r. he came to Tanta and founded a fraternity (thus) Ahmadija, which soon became famous throughout Egypt. Its creator was considered a saint (his name is used to ward off misfortunes). The celebrations are joyful. Most of the ceremonies are merry marches to the beat played by the drums. The highlight is the Ahmadija brotherhood parade with red pennants. Sugar-coated nuts are prepared for pilgrims, zwane hubb el-Azziz ("Seeds of Beloved Prophet").

In the center of the delta northwest of Kafra al-Sheikh, 95 km southeast of Alexandria, near the Sebennetic branch of the Nile, on the southern shore of Lake Butiq, three hills rise close to the village of Ibtu, zwane Tali al-Fara’in ("Hill of the Pharaohs"), z ruinami Buto, capital city 6. nomu dolnoegipskiego. Two of them hide the ruins of the city, and the third – the temple of Wadget.
Buto, as the Greeks called this city, belongs to centers inhabited continuously since predynastic times – then it served as the capital of Lower Egypt. Egyptian name, Per-Wadżet, means, that it was a place of worship of the goddess Wadget, the protector of Lower Egypt and the kings She was in the form of an attacking cobra, which symbolized divine protection over Pharaoh. This is the equivalent of the Upper Egyptian Nechen (Hierakonpolis), center of the cult goddess Nekhbet. Perhaps it is the defeat of Buto that is represented by the famous Narmer Palette, symbol of the unification of Lower and Upper Egypt. The city was created from the merger of the town of Pe, where the heron-like god Jebauti was worshiped (replaced by Horus and Osiris), with the nearby Dep, in which the goddess Wadget was worshiped.
The souls of Pe - the deified heroes or former rulers of Egypt were also worshiped in Pe, portrayed as people with falcon heads.
During the reign of the Tynik dynasty, a royal palace stood here (to the IV dynasty). Then Buto lost its relevance – its name appears again in the Ramessid period, as a symbol of Lower Egypt and its ancient power.
In the Late Era, the oracle of Wadget existed here (identified by Herodotus with Latona) and an important religious center. There is a myth about Osiris connected with Buto: it was here that Isis with little Horus took refuge.
The excavations in Buto are hindered by the high level of groundwater. The oldest settlement layers are located approx. 7 m below the current ground level. The remains of the city were discovered by v 1888 r. Flinders Petrie, and work on them began in 1904 r. Buto's most ancient past (The Predynastic Period) discovered only in the years 80. XX w niemiecki archeolog Thomas von der Way. There is a small open-air museum nearby.

Glory to the mighty Sais (Egyptian Sa, municipality Sa al-Hadżar) long gone. A great city from archaic times, the capital of Egypt during the reign of the XXIV and XXVI dynasties, cult center of the warrior goddess Neit, today it is only a boggy field with pits filled with water. The village of Sa al-Hajar is nearby (Sa al-Hagar; on the eastern bank of the Rosetta branch of the Nile), which can be reached from Tanta by the road going northwest.
Ancient Sais, or actually Sa (Really) what its Egyptian name sounded like, was the capital 5. nomu dolnoegipskiego. The city developed from the time of the first dynasties. The temple of the goddess Neit rose in it, worshiped by the Pharaoh's subjects who came from Libyan prisoners. In the so-called. the Sait period (ok. 664—525 p.n.e.) the city flourished. Neit, the goddess of war, looked after him, creator and protector of rulers, the emblem of which was two crossed arrows (The Greeks saw in her a different figure of Athena). Later, Sais was famous as a river port and Iniarski center. In the period
early Christian was the seat of the bishopric. Most of the monuments were looted in the Middle Ages. The Temple of Neit was demolished in the 14th century. Even in the 19th century. the outlines of churches and palaces were visible. excavations were carried out by Richard Lepsius.
W 1997 r. more research was launched.
The Temple of Neit was to rival the Sanctuary of Amun at Karnak. Amazis (Ahmose II), the builder of Sais, created a pylon in front of the temple, mighty colossi and an avenue of sphinxes with human heads. Today, the temple area is a field with broken fragments of stonework.