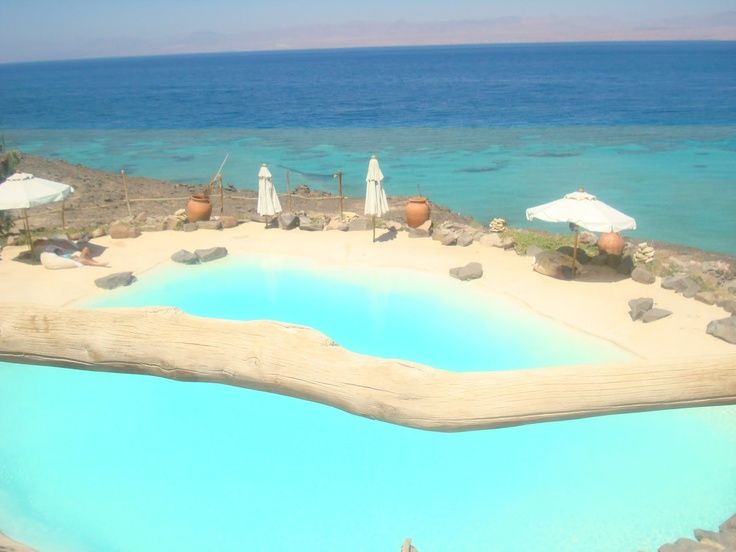 The Egyptian Mediterranean coast is filled with beautiful sandy beaches – perfect for bathing and relaxing. The sands and dunes from the Nile Delta stretch almost through 500 km up to the Libyan border. During World War II, great battles took place in these areas. Part of the area near the border with Libya is occupied by military bases, elsewhere there are modern hotels designed primarily for Egyptians. The beaches between Alexandria and al-Alamayn, away from the most important monuments of Egypt, are not as popular as those on the Red Sea and Sinai. Difficulties with communication make, that only locals commute here.

20 km west of Alexandria begins with sandy white beaches, on which the new al-Agami resort grows. Currently, the center is divided into two separate organisms: al-Bitash (dim. bit) i Hannoville (dim. hannowil). You can get here from the highway to Marsa Matruh, turning off the road towards the beach. From Alexandria (from Midan Khartoum and from Masr) minibuses run, and also buses. Tourists in bathing suits continue to arouse interest.
Al-Bitash is a place for richer vacationers – there are modern hotels and luxurious villas there. Even women in rather skimpy outfits can be found on Fardus Beach. There are many restaurants here, most on the main road – szari‘ Bitash.

Following the road west of al-Agami, po 30 km passes the town of Abu Sir, in antiquity Taposiris Magna (ruins on the south side of the road). Getting there is complicated, and the taxi drivers (150-200 EGP) they often confuse Abu Sir with Abu Kir or Burg al-Arab.
The area has been inhabited since predynastic times. During the Persian period, it was the capital of the miniature kingdom of Marea (name from Lake Mareotis, Marjut, over which the city lay). In the fertile lands, grain was grown, grapevines and olives. Apparently it is here that the grape press was invented. In the Ptolemaic times, a city considered holy arose on the reservoir known today as Abu Sir – because here the tomb of Osiris was located. The ruins were mentioned in 1801 r. researchers of the Napoleonic expedition. Most of the goods came here on the lake connected to the Nile by a canal. The city had two ports - over the water reservoir (more important) and marine, from where grain was transported to Rome. Today the ruins, never studied by archaeologists, take up just over 1 km2 of the area. The tops of buildings and defensive walls protrude from the dunes. The busy port at the foot of the hill was stopped by pilgrims going to the nearby temple of Osiris. In Christian times, Taposiris Magna was an important stop on the route to St.. Menasa (Abu Mina |).
In times of, when the construction of Alexandria was completed, the temple of Osiris was built. Later, it served as a Christian church. The ruins rise on the hill separating the lake from the sea. Only the pylon has survived to this day (on the eastern side) and outer walls (100 me and 85 m) about height 2 m. The construction of the inner sanctuary is attributed to Ptolemy II. After the Arab conquest, the building was transformed into a Muslim fortress. Then it served as a hideout for Bedouin robbers, then the British used him for a coast guard station.
The remains of the Roman bath can be seen nearby. You can see the olive press and the residential area with houses decorated with mosaics.
A necropolis for sacred animals was found at the top of the hill. Walls and a bridge from Justinian's time were discovered at the seaside, and nearby there are the ruins of the lighthouse tower from the times of Ptolemy II Philadelphos, reminiscent of the famous building of Pharos. Built from blocks of local limestone, consists of three parts: square base, octagon and a cylindrical next step. Today it has 30 m in height, so it's four- or five times smaller than the original. Originally, its light was clearly visible from the sea and the lake. Some archaeologists believe, that it is older and one of the wonders of the ancient world was modeled on it.