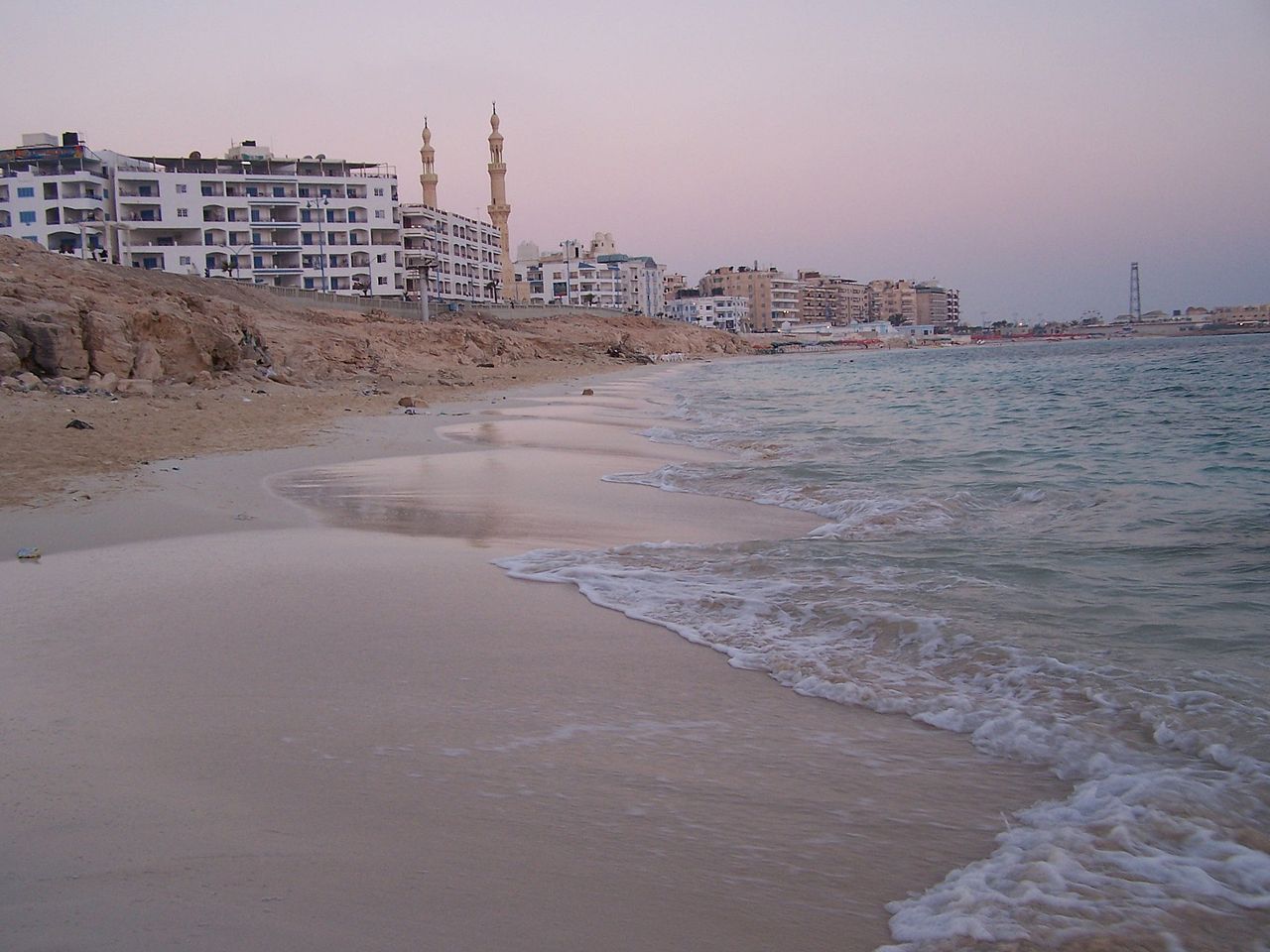 Situated on the bay 209 km west of Alexandria, 524 km from Cairo and 222 km from Sallum, Marsa Matruh (Mersa Matrouh) counts 70 thousand. residents (2005) and is the provincial capital. It boasts a 7 km long white sand beach. Peaceful, clear water invites you to take a bath – they are protected against high waves by rocks rising from the sea.
This natural swimming pool has only a slight access to the open sea.
Many modern hotels overlooking the sea have been built on the main Corniche. The streets diverging from it were created during the modernization of the city.
The local beaches have been known since the time of Alexander the Great, then they were called Amunia or Paractonium. Apparently the ruler stopped here, when he received tribute from the surrounding lands. Mark Antony and Cleopatra also took refuge here after the defeat of Actium. From here also left Cleopatra's fleet for the final battle with Octavian Augustus. The remains of the ancient naval harbor are still visible in the western bay.
Noteworthy are the ruins of an Egyptian temple from the time of Ramses II (ok. 1200 p.n.e.), as well as a Coptic chapel and a necropolis. After the Islamic conquest, the city became an important trading port, and the inhabitants derived their income from catching sponges for years 80. XX w.

The biggest tourist attraction are the beaches. A bit crowded, although the beautiful stretches of sand illustrate the nature of the Egyptians' leisure. Egyptian women don't show up in bathing suits and they never walk alone. Therefore, pulled down and – worse – single women may be at risk of harassment. The exception is the private beach of the Beau Site hotel, which you enter after buying a sunbed or umbrella.