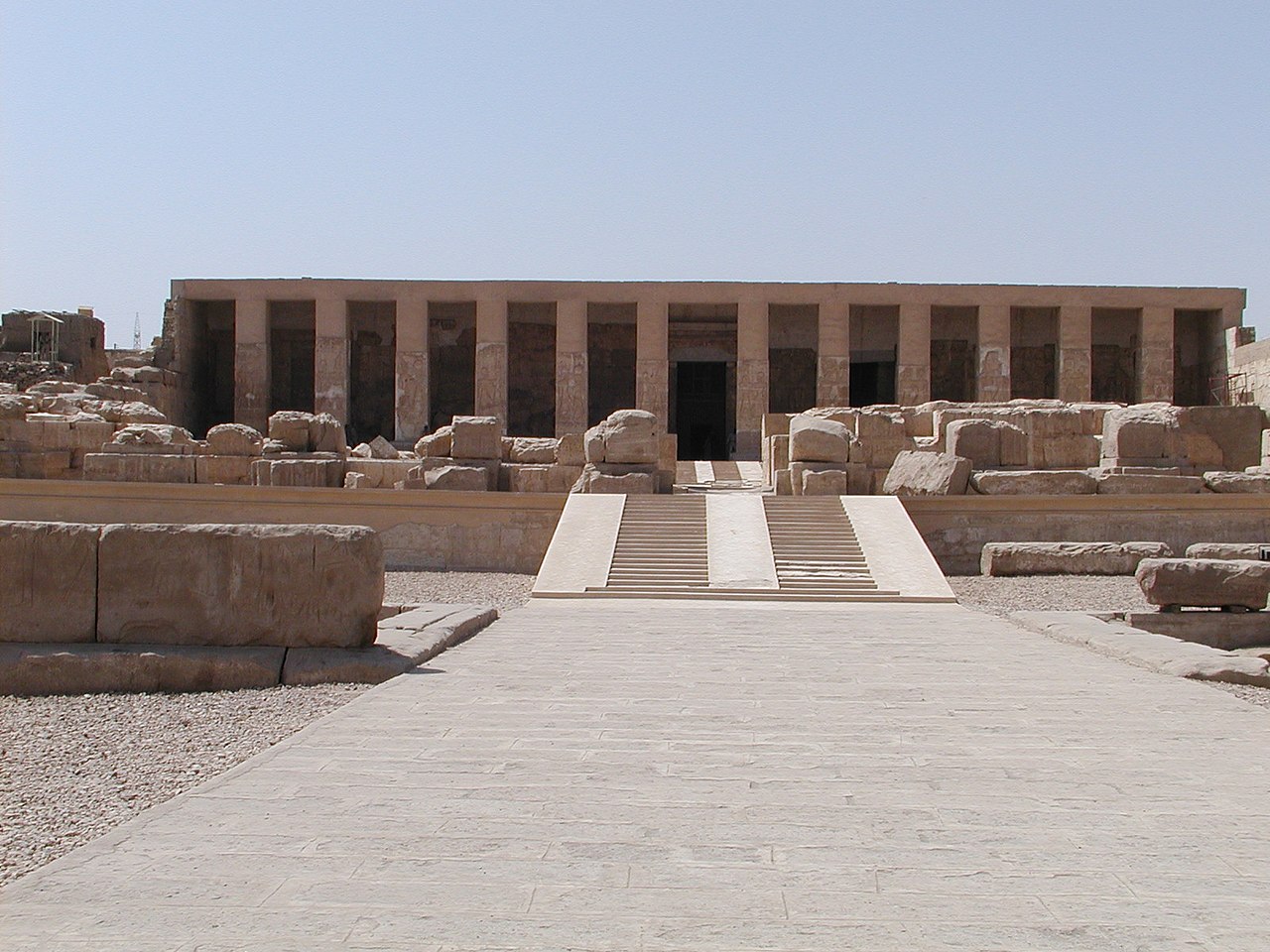 In the time of the pharaohs, Upper Egypt began just beyond the capital of Memphis. In the south, it reached the border with Nubia, which ran (depending on the next stages of expansion) in the vicinity of the 1st or 2nd cataracts. The separation of Central Egypt has somewhat blurred historical boundaries. The assumed border between Central and Upper Egypt in the vicinity of Kina was adopted.
Upper Egypt is the largest concentration of monuments in the world in a relatively small area – temples, palaces, ancient tombs from the distant past to monuments from Arab times. Most of these objects are a permanent element of the civilization heritage of mankind.
In Upper Egypt, one can observe the age-old struggle between Order and Chaos, man's struggle with desert sands.
From the deck of the felucca you can see, how the land of the arable land shrinks, and the hills of the Red Earth increasingly restrict the life-giving Black Earth. It is also worth taking a look at Egypt from the deck of cruise ships that regularly sail between Luxor and Aswan and land at the most important monuments.
Cruise tickets can be booked in Luxor and Aswan.

Abydos (Abdżu, obey Al-Araba al-Madfuna, Arabat al-Madfuna, Al-'Arabah al-Madfunah) lies 480 km south of Cairo, in distance 15 km from the bank of the Nile. It is now the village of Al-Araba al-Madfuna on the west bank of the river near Al-Baliana (50 km from Sohag). For the Egyptian believer, that the soul of the deceased follows Osiris to the West, my greatest dream was to rest in his district. When the burial was not possible, erected a cenotaph - a false tomb. Many pilgrimages also came here. At the end of the 19th century. travelers raved about the temple of Scti I.. In the mid-twentieth century. Englishwoman Dorothy Eady came to this area, to study the monument. She remained in Abydos until the end of her life as the guardian of the tabernacle, and her name is Umm Seti (Seti's mother), under which she went down in history, every Egyptian knew.

In antiquity, the city of Tinis was located near the cult center of Osiris in Abydos, which Narmer was supposed to come from (prevailing approx. 3150 r. p.n.e.), the first ruler of a united Egypt. He was the last pharaoh of the so-called. dynasty 0 or the first ruler of the 1st Dynasty. The origins of Abydos date back more or less to the Nakada II period (3500-3200 p.n.e.). From the middle of the fourth millennium BC. it was the graveyard of the elite, and later the chiefs and kings of the dynasty 0, ruling Upper Egypt as far as the Delta. At the end of the Predynastic Period, Abydos emerged as a center of power. The development of state administration led to the invention of the letter (dynasty times 0). In the nearby Umm al-Kaab, the rulers of the 1st and 2nd dynasties were buried. Some of them were accompanied by dozens of officials and servants on their journey to the other world, who, after suffocation or poisoning, were buried in nearby auxiliary graves. The necropolis lay on a plateau at the mouth of a rocky valley, considered a gateway to the Underworld.

The grave of the so-called. King of Scorpio with tablets with the first hieroglyphs.

From time immemorial, a deity of the dead was worshiped here in the form of a black dog called Chenty-Imentiu, that is, the First of the West (i.e.. from the dead). He was identified with Anubis and Upuaut, the divine protector of the dead. During the Third Dynasty, the pharaohs had themselves buried in Saqqara, and the necropolis of Abydos was lowered to 700 years. The cult of Osiris grew during this period, god of the dead and ruler of the Underworld, and Chenty-Imentiu became his nickname. And the myth made Osiris the first pharaoh. Soon the priests remembered the Abydos necropolis and sought out the alleged tomb of Osiris – the team of Pharaoh Djer. From then on for another 2000 For years, the rulers built monuments and temples in honor of Osiris, and thousands of Egyptians made pilgrimages each year to the necropolis known as Ta Djoser – Holy Land. The pilgrims brought millions of small clay pots with fruit and incense as a sacrifice. There were so many of them, that the Arabs named the burial ground Umm al-Kaab – Mother of Pots.

Only the Chasekhemui funerary complex protrudes above the ground, called Shunat al-Zabib, powerful mud brick structure, imitating the palace wall with breaks. Usually archaeological sites, on which research is still ongoing, are inaccessible to visitors.