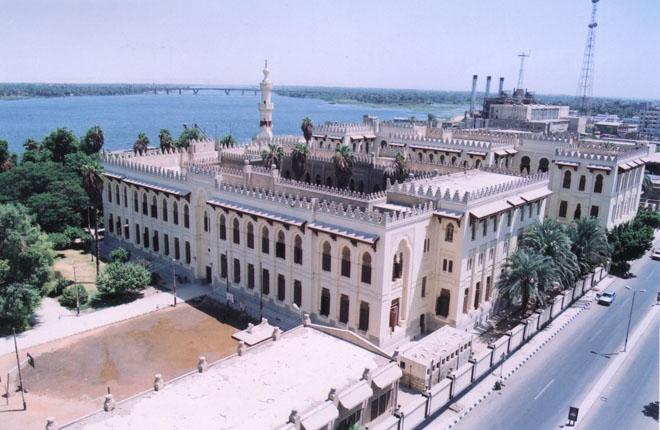 In Asyut (Assiut, Asyut; dim. asjut), one of the largest cities of Egypt, tourists are not allowed, because it is the center of extreme Islamists. Several years after the terrorist attacks, it is still a dangerous zone. The only attractions are several Coptic monasteries and necropolises, which can only be visited when accompanied by a policeman.

The first inhabitants of Asyut settled here in the time of the pharaohs. In Ptolemaic times, the center was called Lykopolis (City of the Wolf).
A deity in the appearance of a jackal was worshiped there, called Upuaut ("Road Opener") and being one of the incarnations of Anubis. In the Middle Ages, there was a stop on the road here 40 Camel days from Darfur, Sudan, and up to years 50. XIX w. the largest slave market was organized. Today it is the center of the cotton and grain farming district. Egypt's third university became the seat of the Islamic Society and its armed arm – Sheikh Omar Abd ar-Rahman's al-Jihad group. A large local Coptic community is helped by compatriots living abroad.

In the vicinity of Asyut, attention should be paid to the fourth century. important Coptic monasteries related to the journey of the Holy Family in Egypt. Thanks to the history written by patriarch Theophilus and his revelations, the Copts established the route, she has gone through. This is how the pilgrimage movement was born.
However, local tourist offices are not interested in the stay of foreigners. Halfway between Asyut and Achnim on the eastern bank of the Nile lies al-Badari with its burial ground and the ruins of a prehistoric settlement – immensely important to the history and culture of Egypt.

The Egyptian Copts go on a pilgrimage to the approx. 10 km from the Asyut convent of the Virgin Mary (Dajr el-Adhra, Deir al-Adhra) in Dirunce (Dronka, Durunka) on the west bank of the river. The most convenient way is to take a taxi (30 EGP round trip), then there are no problems with the police. This is an unusual place for a fact, that the Holy Family stayed in the local caves before returning to Nazareth.
To the little chapel of the Virgin Mary, probably from the 5th century, thousands of believers come every year. You can spend the night in the monastery buildings in the common room (5 EGP).

Only after checking with the police, can the journey take place, you should hire a taxi (also for escorts).
Coptic Monastery of the Holy Virgin (Dajr al-Muharaq, Deir al-Muharaq, el-Moharraq, el-Miharraq, dim. el-muharrak), known as al-Muharraq (Burnt), it is situated on the path of the Holy Family in Egypt, 60 km from Asyut i 5 km od al-Qusiya. According to tradition, the Holy Family moved to the village of Qussquam (al-Qusija), where she lived for six months in a cave – the complex erected above it is called the Second Bethlehem. Pilgrimages came here as early as the 13th century. It is one of the largest facilities of this type in Egypt. It is surrounded by a great wall - over a hundred monks live inside. Come here annually between 18 a 28 On June, pilgrims dance and sing. Copts believe, that the icon of the Madonna with the Child was painted by St.. Luke the Evangelist.
Church of the Holy Virgin, the oldest building of the monastery founded by St.. Pachomius in the 3rd century, adjoins the square tower. It stands on the site of the previous sanctuary and contains its fragments. Behind it you can see the Church of St.. George (Mari Girgis), erected in 1880 r. on the site of an earlier building. It is decorated with a Byzantine iconostasis and many beautiful paintings, including depicting 12 the apostles. The church of St.. Michael the Archangel from the time of Gabriel, 95. patriarchy Aleksandrii (1525-1568).

About 15 km north of the village of Majr are the tombs of monarchs 14. lease (Majr tombs), ruling from the capital of Qis (cusae). Out of 17 four burial sites have been made available to tourists – they can be visited with an escort. The necropolis houses tombs carved into the cliff from the 6th to 12th Dynasty. They are decorated with beautiful paintings restored in 1997 r. Archaeological work is still ongoing. Many artifacts are kept in the Mallawi museum.