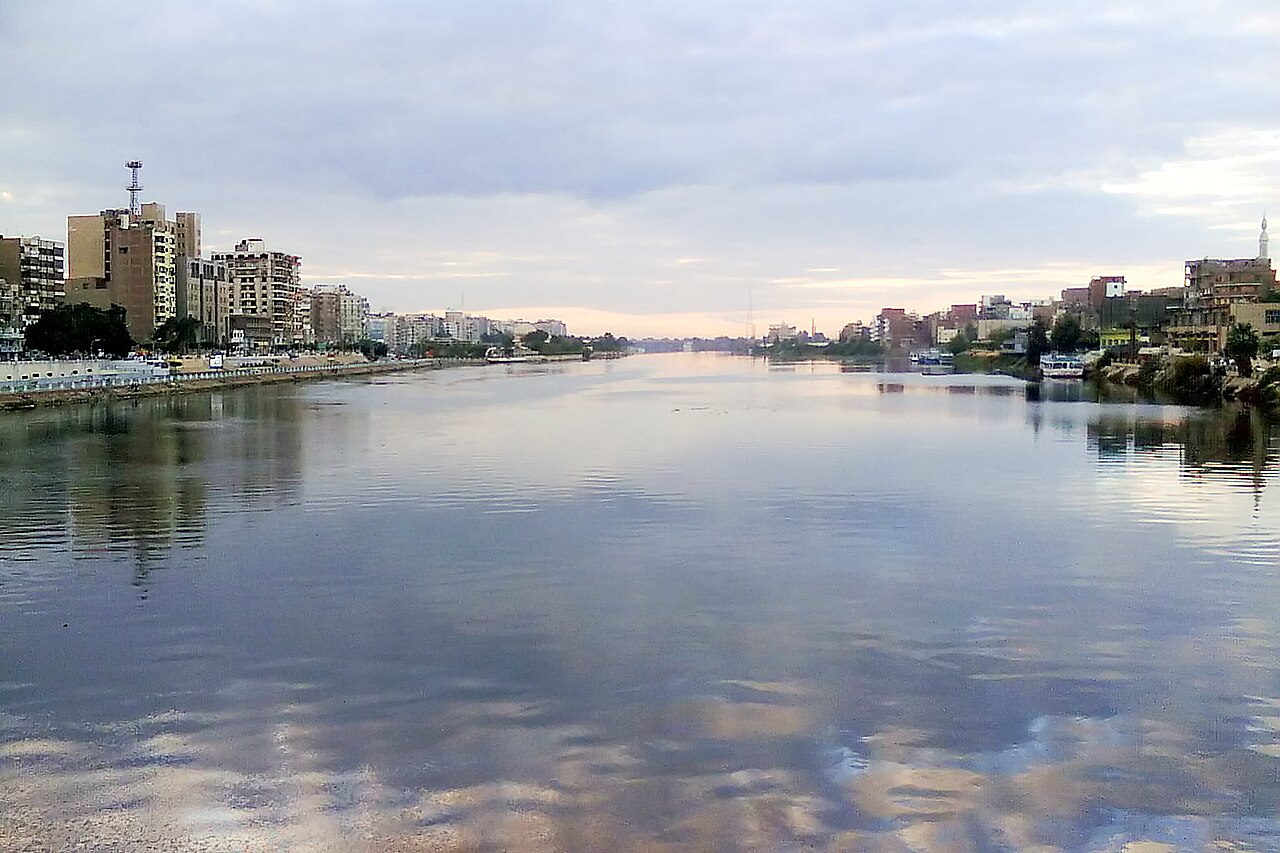 In August, in the village of Mit Damsis near the Damietan arm of the Nile (access via the route Az-Zakazik-Mit Ghamr – But) Coptic celebrations in honor of St.. George (2-28 of August) arousing interest mainly due to exorcisms.
From Az-Zakazik to Al-Mansura can be reached by taxi, by train or bus. The main city of Dakahlijja Province is home to a university and a technical college. The center extends on the right bank of the Damietan arm of the Nile.
It is one of the most beautiful cities in Egypt with a European character – clear, friendly and open to tourists.
Contemporary mosques stand between the western-style buildings.

Al-Mansura ("Victorious") was founded in 1221 r. by Caliph Molik al-Kamil, cousin of Saladyn, for the inhabitants of Damietta, destroyed by the crusaders. Dying in 1247 r. Sultan Ayyub was unable to defend the country. His wife, Szagar al-Durr, concealed her husband's death and issued orders on his behalf. The successor of the Sultan was brought from Iraq. Louis IX attacked the Muslim camp - the surprise of the defenders is proved by the fact, that the commander-in-chief was killed in the bath. W 1249 r. the crusade army entered Al-Mansura. The new Sultan el-Moazzam Turan-shah surrounded the crusaders. He also ordered the bodies of those who died of the plague to be thrown into the river, so an epidemic broke out. The Crusaders paid no attention, that the waters of the Nile give way and reveal the city walls, on which the soldiers of Baybars the Archer struck. The city was captured, when the knight fleet was immobilized by the low level of the river. Louis IX was captured. The ransom for freedom was surrender (6 May 1250 r.) sułtanowi Damietty.

Tourists are shown a small house near the Mwafi mosque, where Louis IX was imprisoned and the site on the shore of Bahr al-Sughajjar, where was the crusader camp. The Italian-style Shinnawi Palace is also interesting (1928 r.). The Al-Khawagat bazaar is also worth visiting – today only the Egyptians trade on it.

To the monastery of St.. Damiany (Deir sitt damjana; Dimyana, Damyanah, Damyana) out of period, when the indulgence takes place, not easy to get to. In days 15-20 Many pilgrims come to him in May – private buses and taxis transport the pilgrims to the town of Bilkas Kism Awwal, where did the last ones come from 3 they all cover kilometers on foot. The sanctuary is dedicated to Damiana, Mark's daughter, according to tradition, Christian governor from the middle of the 3rd century. St.. Damiana is considered the foundress of female religious orders in Egypt.
Tradition associated with the monastery is the stay in Egypt of the Holy Family. St.. Damiana ordered to erect a palace in the place, where the Holy Family rested.
Today it is a nunnery, subject to the metropolitan diocese of Jerusalem. The first travelers in this area mentioned the monastery. Wilkinson (1843), participating in the indulgence of St.. Damiany, described this holiday with its rich folklore.
Today the most pilgrims come 21 May, on the anniversary of the construction of the church by St.. Helena, and 20 January, on the anniversary of the death of St.. Damiany. This is one of the greatest moguls in the Coptic Church. Followers believe, that St.. Damiana appears in a dream as a dove and fulfills their requests. They buy icons, souvenirs and special ceramics with inscriptions: Happy return, Damiano”.